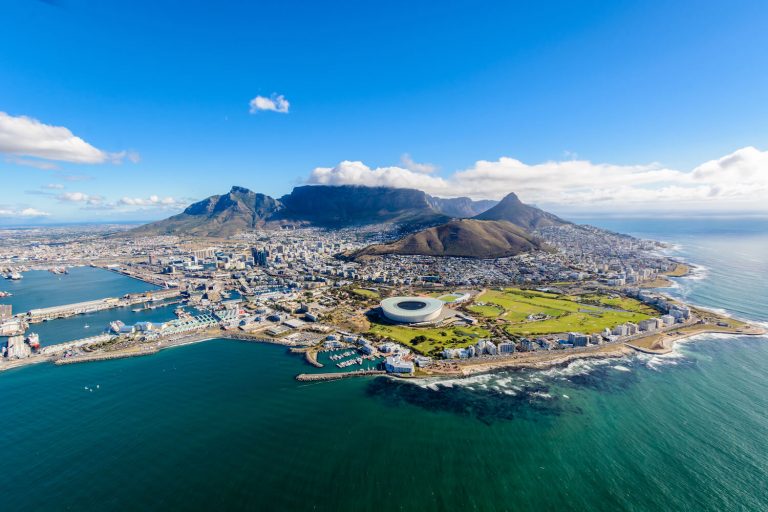 Ultimate guide to things to do in South Africa with kids

South Africa is definitely one of the easiest and safest African countries in which to travel with children. That puts its unforgettable cultural, wildlife and natural treasures within reach of families. Given the country’s sometimes turbulent history, though, an open mind is vital, as there are important lessons to be learned about social justice, the struggle for human rights and the need for animal conservation.

In South Africa, travel focused on a few activities in the same region is often advised. Attempting to do too much could mean many long drives, which does not always go over well with kids. After all, South Africa is a really big country and covers a large range of landscapes – urban, seaside, savanna, mountain, desert and wetland – that contain an amazing host of places: the world-class cities of Cape Town, Durban and Johannesburg; Kruger National Park, one of the continent’s largest game reserves; the stunning seafront Garden Route and Wild Coast; and the mountainous hinterlands of KwaZulu Natal.

Of course, it is well worth the effort to get children out into the pristine countryside, especially the malaria-free Eastern Cape with its amazing animals, including the Big 5. As wilderness areas shrink in size, the attention families give to understanding and preserving them is critical. Whilst city-based tours and experiences certainly teach a lot about contemporary lifestyles and culture, nature appreciation opens children’s eyes in truly special ways.

Best time to visit South Africa as a family

South Africa’s spring (September to November) and autumn (March to May) are very good times to visit. Whilst there are sunny days in most regions at both times, in spring the deserts are in bloom and the whales visible off Hermanus and Walker Bay. Wildlife-watching is better from autumn into winter, but in June and July (low season), minimum temperatures can be in the single digits in Johannesburg, Cape Town (also its rainy season) and Durban. The Easter and Christmas holidays are peak travel times for local and international travellers, as is the summer season (November to March), with national park and coastal accommodations in demand and often priced accordingly.

Things to do in South Africa with…

Cape Town’s Two Oceans Aquarium showcases marine life from both the warm Indian and cold Atlantic oceans. Under 4s are free and a play centre has puppet shows and craft activities. The uShaka Marine World in Durban combines an underwater aquarium and a water park.

For toddler-ready tide pools near Cape Town, False Bay is where protected waters wet Saint James Beach, a colourful local favourite, and Muizenberg Beach’s shallows. Further east, Hermanus and Walker Bay in spring are amongst the world’s best places for land-based whale- and dolphin-watching. The Eastern Cape has excellent beaches at Jeffreys Bay (home to a fun shell museum) and Port Elizabeth too.

Cape Town and surrounds are full of bucket-list treats for young primary-schoolers, like the iconic flat-topped Table Mountain, easily reachable via cable car, and stunning Kirstenbosch National Botanical Gardens, the smallest and richest of the world’s five floral kingdoms. Not to be missed: the penguin colonies and rehabilitation centre of Boulders Beach!

With a broad range of safari experiences and lodges – not all are expensive! – the malaria-free Eastern Cape is ideal for families. Addo Elephant National Park is accessible, affordable and full of mammals both large (the Big 5) and small (the dung beetle). Visits can be self-guided (best for under 6s) or structured game drives (kids 6 and up). Private game reserves also eagerly accept families.

Given South Africa’s history, apartheid and slavery can be discussed with the help of Johannesburg’s Apartheid Museum, Durban’s Kwa Muhle Museum, and Cape Town’s unmissable Robben Island prison, where Mandela was jailed, and original Slave Lodge.

Safari is a pre-teen must. Huge, animal-packed Kruger National Park is South Africa’s top game reserve. Very welcoming to families, it has self-drive options, bungalows at park base camps and full-service family lodges nearby. For something unusual, north of Durban is St. Lucia, where hippos often walk the streets and crocs lurk near hotels.

Near Johannesburg, the Cradle of Humankind has hands-on exhibits about early human history to explain thousands of fossils excavated in the area.

Socially aware teens have lots to ponder on visits to townships like Langa (Cape Town), Umlazi (Durban) and Soweto (Johannesburg), site of the Mandela Family Museum and Desmond Tutu’s home. Segregated settlements created during apartheid for people of colour, townships are not sightseeing destinations but living communities with rich heritage amidst real poverty. The best tours are created and supported by township residents.

Outdoorsy types will revel in backcountry hiking/camping trips in the KwaZulu Natal region’s Drakensberg Mountains, the country’s highest mountains and location of the world’s second highest waterfall. Elsewhere in the region there are historic Anglo-Zulu battlefields, wetlands and game reserves such as Phinda and Hluhluwe-IMfolozi, the latter known for its rhinos.

Getting around South Africa

Designed to curb child trafficking, new laws from South Africa’s Department of Home Affairs require arriving children to present additional documentation, especially if not with both parents listed on a full birth certificate. Requirements should be checked.

Car hire is a solid family option, and kids’ car seats can be booked with advance notice. Rates are reasonable and roads are good, although local driving habits may sometimes be alarming.

For non-drivers, comfortable tourist-class trains pass between Johannesburg and Cape Town. Baz Bus backpacker shuttles or intercity buses are other options. Shared minibuses and taxis are OK for short trips.

Tap water is safe to drink, except in rural areas, and clean toilets are easy to find. Baby change facilities are a bit less common, but milk, baby food and nappies/diapers are available in most supermarkets.

Doctors can advise about required inoculations, but tetanus, polio, hepatitis A and B should be up to date. It is essential to protect against mosquitoes as well by wearing long clothing and using bug repellant. The greatest health risk is contracting malaria, so care should be taken if there are plans to visit Kruger National Park and any areas bordering Mozambique. The malaria risk is lowest during the winter months of June and July.

The internet and locals are full of stories about high crime rates in South Africa. Reasonable precautions are wise without being paranoid. Most travellers experience no difficulties.

South Africans love meat. The classic barbecue gathering, or braai, centres on boerewors (spicy sausages), but wild game is common too. Biltong is a familiar snack of salted and dried meat. Like jerky, it can be quite spicy (tender tongues beware!). Bobotie, a curried minced meat with custard sauce, is a notable speciality.

The devotion to meat can present challenges to vegetarians, but market produce is high quality and self-catering is often possible. Also, mielie pap (a maize-based porridge) is a native comfort food, and both Indian- and Muslim-influenced dishes, especially curries, are popular – a “bunny” is a hollowed-out loaf of bread filled with curry.

Reliable restaurants, including international and local fast food chains (perfect for picky eaters), are found in most population centre, as well as many truck-stop conveniences and farm stalls like those along the Garden Route. Family-style restaurants often serve children’s menus (or half portions) and provide colouring books and crayons to kids.

In 1994, Archbishop Desmond Tutu called South Africa the Rainbow Nation. The term stuck. With 11 official languages and eight others officially recognized, South Africa is one of the most multicultural countries in the world. Local customs are therefore extremely difficult to generalize.

Travellers should anticipate and be sensitive to this diversity, and remember the difficult road to its official acceptance. There are still many issues to be worked out, especially around economic opportunity. For the most part, though, the South African middle class lifestyle is very similar to that in Europe, North America and Australia.

Notably, family is highly valued by all cultures, and the warm hospitality widely shown to kids from foreign lands is genuine, personal and heartening, especially in local accommodations like bed-and-breakfasts, guest houses and intimate lodges.

Compared to the rest of the world, South Africa is relatively cheap, although expensive compared to much of the rest of the continent. Costs depend greatly on the exchange rate, which can fluctuate widely, and a traveler’s selected class of comfort.

As service-industry wages can be low, tipping is both expected and customary – 10-15% in restaurants, and small change in hotels, for car guards and at petrol stations.

Children are usually offered discounted admission to parks, museums and other attractions, and sometimes even hotels.