Aleney de Winter
3 posts
Aleney is a travel, food and parenting writer. When she’s not treading on Lego or being forced to watch Frozen on loop, the mother of two can be found hauling her ravenous offspring around the globe.
View Posts →

Alison Godfrey
278 posts
Travel allows you to get outside your bubble. It makes you realise there are other ways to do things, and that’s OK. Plus, I am a huge fan of skiing and for the best powder – you need to head overseas.
View Posts →

Ben Groundwater
1 posts
Award-winning feature writer and author Ben Groundwater is one of Australia’s most widely read travel scribes. He is a columnist for the Sydney Morning Herald and The Age’s print and online travel sections, hosts the popular travel podcast “Flight of Fancy”, and is the author of two books. Ben has twice been named the Australian Society of Travel Writers’ “Travel Writer of the Year”. He has visited more than 90 countries, and still occasionally gets lost.
View Posts →

Bethany Plint
143 posts
I was blessed with parents who really saw the value in travel. After our first family trip abroad to Thailand, I became obsessed. I was hungry for anything new and different. I yearned to be in the middle of a city on the other side of the world with a suitcase in one hand and google maps in the other, stumbling around trying to figure out where I was going; literally and spiritually.
View Posts →

Carla Grossetti
3 posts
Carla Grossetti is an award-winning travel writer who has been published in major publications such as The Guardian, Vacations & Travel, BBC Travel, CN Traveller, Traveller, Escape, Good Food, Out & About with Kids, Australian Traveller, Voyeur and Jetstar magazine. Follow the author on Twitter @carlagrossetti, Facebook @Carla Grossetti – Writer and Instagram @carlagrossetti or subscribe to www.carlagrossetti.com for more stories about food and travel.
View Posts →

Caroline Riches
1 posts
Caroline Riches is a travel writer and journalist. She often travels with her three children and loves to explore far-flung reaches of the globe.
View Posts →

Deborah Dickson-Smith
4 posts
Deborah has been travelling with her kids for 20 years, and writing about it for almost as long. She’s published several travel magazines throughout her career in media, and is currently editor of Out & About With Kids. Deb also blogs about the ocean: diveplanit.com and about travelling with teens: where-to-next.com
View Posts →

Donovan Whitworth
1 posts
Why do you love travel? I love soaking in other people’s’ cultures. It doesn’t even have to be in the form of foreign travel. In the US (where I’m originally from) one can have a vastly different cultural experience by just driving a few hours in some regions, or even across the city in some cases. To me, even moving from one place to another can be a type of adventure. I’ve moved 31 times and have lived in 17 different cities across two separate countries. What’s the most interesting trip you’ve taken? I used to play in a rock band and we somehow had a top ten hit in Slovenia, of all places. We headlined the New Year’s Eve Festival in Ljubljana in the city centre in front of thousands of screaming fans. There’s even video proof! https://www.youtube.com/watch?v=ke3QeTvXPyI Who you travel with? My mum and sisters live in the US and my wife’s dad and step-mum split their time living between Tokyo and Sydney. We love taking our children (both girls 8 and 2 years old) to see their grandparents, as well as traveling to other locations with them. Name three things or places you’d recommend for families visiting Australia We had a beach holiday last Summer in Byron Bay and it was a blast. Sydney has a lot to offer traveling families as well. I love MotoGP and motorcycle racing, so Phillip Island is on my personal list. Your favourite family holiday experience Not a holiday experience per se, but we used to live 20 minutes from Disneyland in Anaheim, California. Our last year living in the US we bought annual passes and would go almost twice a week. Why go on holiday when you can just integrate one into your everyday life? Where were you born? March Air Force Base, California (now closed, but it was near the city of Riverside) Where were your parents born Dad was born in Haskell, Texas, USA and Mum in Taichung, Taiwan. How many countries have you visited? 12: United States, Taiwan, Canada, Mexico, Australia, Japan, England, France, Germany, The Netherlands, Austria, Slovenia, Texas (they think it’s a country)
View Posts →

Emma Tuchin
3 posts
My love of travel comes hand in hand with my interest in anthropology. When I go somewhere I want to spend as much time as I can there and experience everyday living in another culture, not just go and see the tourist sites (although I do that too). Wherever we are in the world humans have so much in common, and yet have so many quirks and behaviours that make us so wonderfully different!
View Posts →

Flip Byrnes
5 posts
‘The Adventure Mamma’ is just that – a travel journalist who happens to be the first Australian woman to climb and snowboard descend Mt Elbrus (Europe’s highest), kite skied 500km across Greenland, walked across Spain and climbed Kilimanjaro. But now she’s on the biggest adventure of all, motherhood. Join her and her mountain munchkins as they make daily life an adventure, big and small. @theadventuremamma
View Posts →

Huw Kingston
1 posts
Huw Kingston is a writer, speaker, adventurer and environmentalist with a love of human powered journeys. He has received the Australian Geographic Spirit of Adventure Award, was named by Time Magazine as one of their 25 Worldwide Responsibility Pioneers and is an ambassador for Save the Children Australia. There’s nothing he loves more than taking his 5 grandchildren out there with him.
View Posts →

Janeece Keller
62 posts
Janeece Keller is the founder and editor of Family Travel. She mostly travels with her husband and two young kids. She has a large blended family that lives in Australia and Europe. She has visited 52 countries and lived on 3 continents. From camping to luxury resorts Janeece tries to make sure her family has diverse holiday experiences each year. She is an avid hiker and ocean swimmer who loves good food, margaritas and heading off the beaten path.
View Posts →

Jennifer Ennion
5 posts
With a passion for adventure, Australian journalist Jennifer Ennion always seeks out the “wild” when travelling. From swimming with belugas in sub-Arctic Canada to hiking in Nepal and camping around Australia, Jennifer loves telling stories that motivate people, especially families, to explore the outdoors.
View Posts →

Lillian Chesak
2 posts
I’m from Cincinnati, Ohio (USA) but I was born in Boise, Idaho. I love travelling, possibly because I have been doing it since I was a baby, but I like to visit very cultural places, such as China, Paris, and someday, Greece. Travelling is one of my main things in life, as I do it often. Both of my parents work in travel.
View Posts →

Michelle Hespe
7 posts
Michelle is a publishing consultant who has worked as a journalist, foreign correspondent and travel writer for the past two decades.
View Posts →

Miriam Hechtman
2 posts
Miriam Hechtman is an Australian writer, creative producer and poet. During her career she has worked as a journalist, events manager and documentary producer. She is the founder and host of POETICA, a creative initiative for live poetry and music in Bondi, Sydney. She is mother to two daughters and wife to one man. See: www.movingtrainsproductions.com
View Posts →

Natasha Keller
2 posts
I’m not a traditional traveller. While I like to ‘see the sights’, the part I love most is getting off the beaten track and meeting locals, learning about why they love their town, wherever that may be, and seeing it through their eyes.
View Posts → 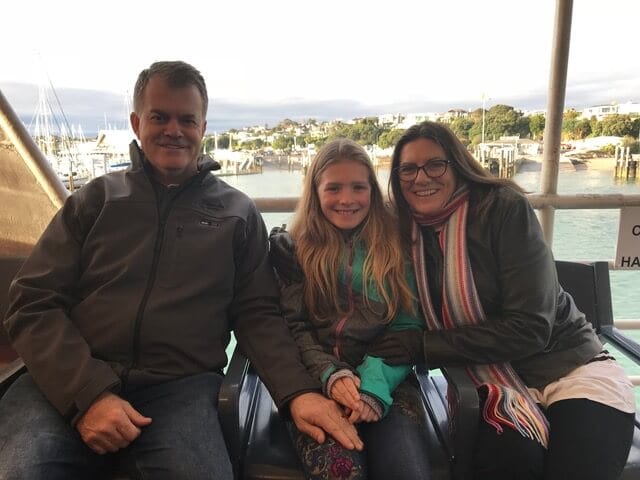 Robyn Bambury
1 posts
Robyn loves a road trip. She spent a year circumnavigating the United States in a motorhome, camped out of the back of a Citroen through Europe and took another year to do the block in a caravan around Australia. When she wasn’t on the road she was under the water as a certified SCUBA instructor taking groups to remote islands in the South Pacific. She now travels with her husband and teenage daughter still enjoying the road trips and exploring our own backyard.
View Posts →

Sarah Hinder
1 posts
Passionate about nature, hiking and everything outdoors, Sarah is always in pursuit of either her next abroad adventures or getting back out into the wild Australian bush. A Journalism student preoccupied with wanderlust, Sarah produces stories as staff writer for Bound Round.
View Posts →

Sophie Cullen
183 posts
Sophie is a die-hard pasta lover, beach-goer and theatre fanatic hit hard with the travel bug. When exploring new places, Sophie loves straying from the beaten path and chatting with locals about the best places to grab a bite to eat.
View Posts →

Sylvia Chesak
4 posts
I was born in Boise, Idaho (USA) and moved to Cincinnati, Ohio when I was two years old. The first time I traveled was on a plane to Minneapolis and I was only four weeks old. The longest time I spent on a plane was 23 hours long to China. My longest car ride was a 14 hour drive to Boston, Massachusetts. I am a vegetarian and I love Harry Potter.
View Posts →

Tracy Morris
3 posts
Tracy Morris is the mother behind the family travel blog www.theblondenomads.com.au. Tracy has a background in photography, marketing and writing and is now enjoying life on the road as she travels around Australia in a caravan with her young Blondie tribe. You can view their adventurous travels on social media via @theblondenomads.
View Posts →

Get notified about new articles

Leave us a message

The 22 best best national parks for teenagers in Victoria

How to stay cyber safe while travelling