The singer-songwriter dominated this year’s ARIA Awards with four big wins including Female Artist of the Year and Album of the Year for her record Love Monster.

Shark rocketed to stardom on the back of her singles Adore and Weekends. In 2017 she completed a world tour and won two ARIA awards, the pinnacle of the Australian music scene.

Known as Amy Billings off the stage, life has changed dramatically for her in recent times.

Back home on the Gold Coast for a quick break between recording and heading overseas for her next tour, Shark says it’s great to be home.

“People sometimes don’t quite understand me when I say the Gold Coast is just a laid-back place,” Shark says

“Growing up here was just normal. It was fun and relaxed. I think that comes from the beach lifestyle.”

Shark grew up on the coast, she went school here, played her first gigs and launched a career in music that now has remarkable momentum.

“I had my first job selling T-shirts at Gone Troppo (souvenir shop). I used to play at Nobby’s Arc (café and bar) and I still love those guys.

Shark says the Gold Coast has so much to offer. And it will always be home.

“Having my house here means that I always feel like I have somewhere to come back.”

“The beach has always been part of my life. I spent a lot of time in Surfers Paradise and I used to run Burleigh hill (National Park) nearly every day when I lived down there. 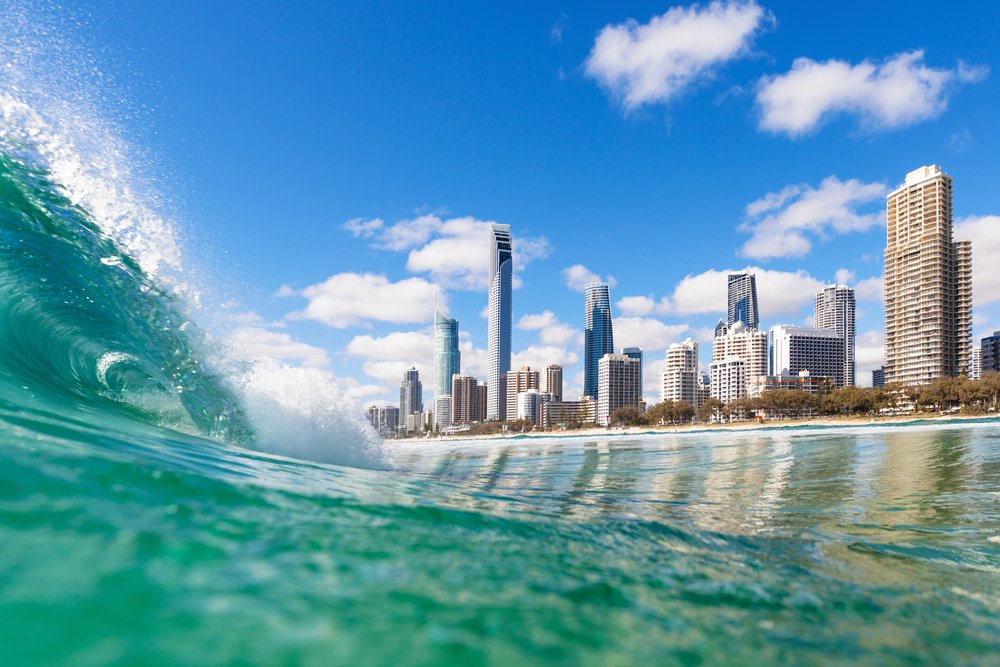 “Mum and Dad used to take us to The Spit all the time and my friends and I would head out to the (Cedar Creek) rock pools near Mount Tamborine. I love the fact that the Hinterland is so close.

“Pac Fair (Pacific Fair shopping centre) has always been a big part of hanging out on the Gold Coast and it’s not until you travel around a bit that you realise how big it is and how much it has to offer.

“When I come back home now I love going to Hideaway (Kitchen and Bar) and just about anywhere now on the Gold Coast, the dining scene has changed so much.”

The Gold Coast also played a direct role in Amy Shark’s launch to the top. The talented musician secured a city arts grant and used the funds to engage a top-flight producer for her hit single Adore. That move uncorked some of the finest music to ever come from the Gold Coast. Adore became a triple-platinum selling single, it was voted number two for the year in the Triple J Hottest 100 songs and has had 30 million plays on Spotify.

Amy Shark’s tips for visiting the Gold Coast from Alison Godfrey on Vimeo.

“There’s more to come. I want to do the very best I can now that I have had this success.”

Shark credits a rooftop car-park conversation with husband Shane a few years ago as one of those seminal moments in her career. He implored her to gamble everything on her music, her songwriting and her voice.

“I’m glad he did. It got pretty lonely there for a while,” she says reflecting on the hard yards she put in, playing covers to a pub audience full of horse racing punters in the afternoon and then heading to another Indie venue to “play to next to no one”.

Life mistakes and lessons punctuate so many of Amy’s compellingly honest lyrics. It’s almost impossible not to envisage a Gold Coast suburban street where she walks home at night “kicking stones at parked cars”, as she sings in Adore. She says “only on weekends I have no room for anyone else but you” is a line inspired by an afternoon session overlooking the water before it made its way into her single Weekends. (Incidentally #25 on the 2017 Triple J Hottest 100). 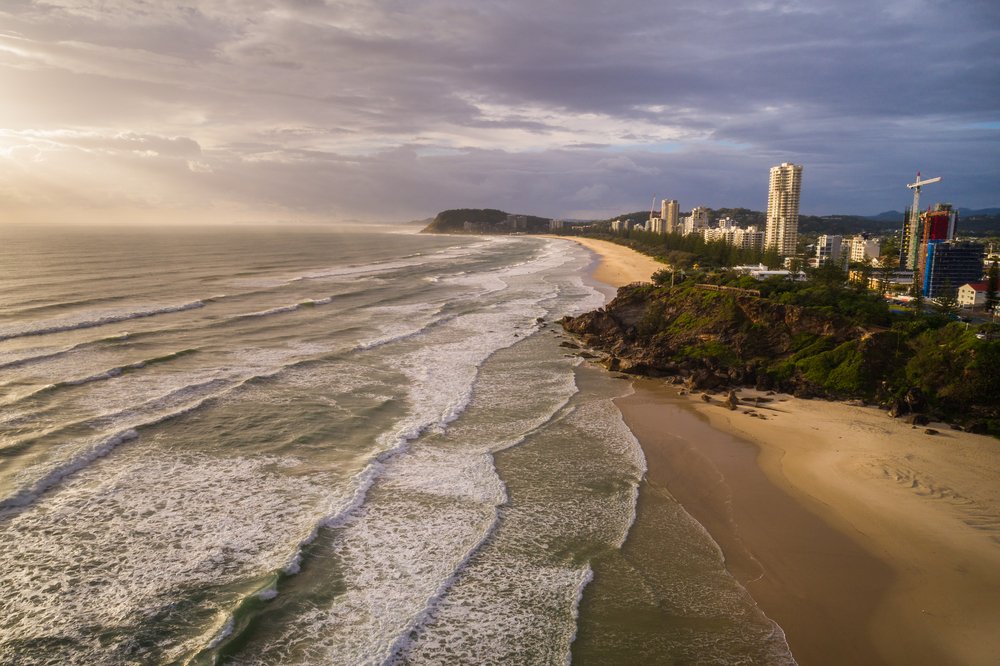 “It has been an amazing year. I am so grateful to everyone who has helped me. I really couldn’t run at the pace I had to this year without Shane.

“Really, I just have to write songs and turn up and perform. I know in the background Shane is making sure everything else gets done.”

Timing is everything in the music business and the authentic, raw emotion of the Amy Shark sound didn’t resonate so much during the Australian Idol years of Top 40 dominance. Now that music is finding its creativity again, the former Southport High student is riding the wave.

The Gold Coast live music scene is building momentum. Venues such as The Nightquarter and Miami Marketta (where she played last August) are returning the Gold Coast to touring bands’ itineraries.

“We have the people in the right spots now making this happen. We have the venues and I’m happy to come home and play those venues as Gold Coast artist.

“It means music can grow and young artists have somewhere to play.”

Shark might have grown up by the beach but admits she has tried and failed at surfing. More recently though, she has found a new love in longboard skating.

“I tried it when I was in LA (Los Angeles) and I was like ‘no way, for sure I am going to break my ankle or something’. But I was hooked. I just love it now.”

“You couldn’t think of a better location could you?”

Cedar Creek rock pools – the rainforest is just up the road

Pacific Fair – that place is huge

Cambus Wallace – for a nightcap whisky

Big fan of Timezone in Surfers – I’m addicted to the basketball game.

Travel allows you to get outside your bubble. It makes you realise there are other ways to do things, and that’s OK. Plus, I am a huge fan of skiing and for the best powder – you need to head overseas.

Crocodiles, swimming holes, mango ice cream and markets. We asked the locals with they would do with 48 hours in Darwin with kids.

Too big? Too busy? Too much rocking? If these are your reason to hate cruising - you need to read this story. You're probably doing…

Canoe, ski, camp and hike at Algonquin Provincial Park with your family, for a true immersion in Canadian wilderness.

Intrigued by Bermuda? Junior reporter, Lillian, tells us why she loves this mystical paradise.

Crocodiles, swimming holes, mango ice cream and markets. We asked the locals with they would do with 48 hours in Darwin with kids.

Too big? Too busy? Too much rocking? If these are your reason to hate cruising - you need to read this story. You're probably doing…

Canoe, ski, camp and hike at Algonquin Provincial Park with your family, for a true immersion in Canadian wilderness.

Intrigued by Bermuda? Junior reporter, Lillian, tells us why she loves this mystical paradise.