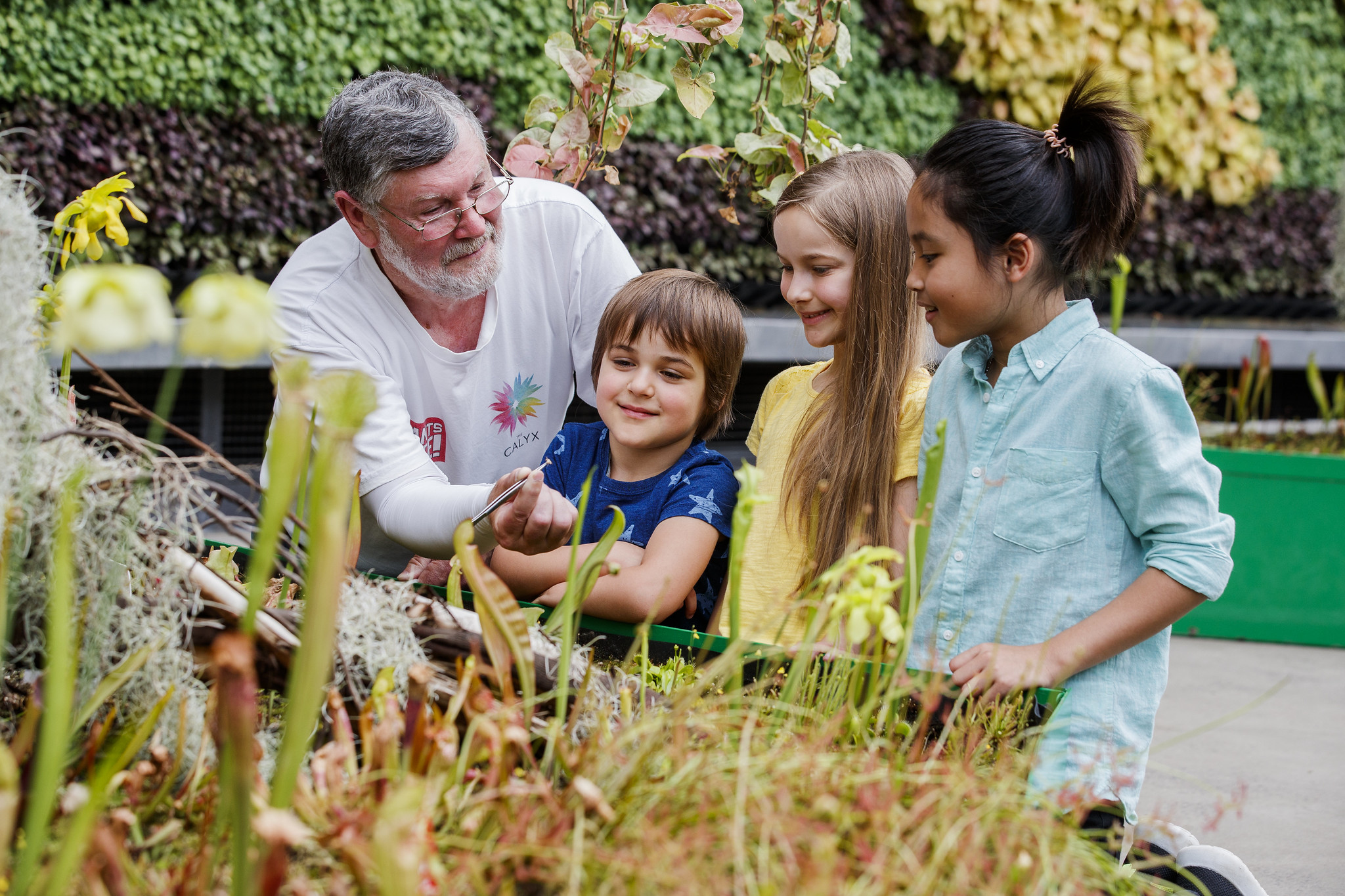 Ultimate guide to things to do in Sydney with kids

They call it the Emerald City, and it certainly does glimmer with glitz, glamour and some good old family fun. What’s not to love? Some of Australia’s richest history, best-loved beaches and most recognizable icons sit in Sydney, as well as some of its most stunning gardens and best food.

Its location also means Sydney is a great home base for exploring some of the most amazing regions of New South Wales. Head to the Central Coast, Hunter Valley or even the Blue Mountains for a weekend away.

Sydney was the first spot colonized by the British when they entered, home to sandstone buildings and convict stories dating back to the First Fleet. The Rocks, the Museum of Sydney and the Australian Museum tell many a local tale. Even more importantly, Sydney’s lands and waterways have belonged to the many peoples of the Eora nation for numerous millennia. Modern and ancient Indigenous cultures are shared in spots such as the Art Gallery of NSW, Barangaroo walkway and Kuring-gai National Park, where you can see rock carvings made many years ago.

Get your postcard snaps against the most renowned of Sydney’s backdrops. See a show under the sails of the iconic Sydney Opera House or go for a swim at world-famous Bondi Beach. Climb the Harbour Bridge or perch with a picnic on Observatory Hill.

Darling Harbour is a great base for a family Sydney stay. It is alive with atmosphere and bursting with attractions such as the Powerhouse Museum, SEA LIFE Sydney Aquarium, Wild Life Sydney Zoo, Madame Tussauds and the Australian National Maritime Museum.

Ride the Sydney Ferry to one of Sydney’s great harbourside suburbs or to Cockatoo Island. Here, the kids can explore spooky convict prisons and rusting cranes. Then, catch the ferry north for all the fun of the fair at Luna Park and the incredible Taronga Zoo. And visit iconic Manly for fish and chips on the beach, or to grab a surf lesson from a pro.

Top 10 things to do in Sydney

From sparkling Sydney Harbor to iconic architecture and beautiful beaches, there’s so many must dos in Sydney. Here are ten of our favourites.

Things to do in Sydney with…

Take the Sydney Harbour Ferry to Taronga Zoo. You can share the breathtaking views of Sydney Harbour with its furry, scaly and feathered residents. There are also several playgrounds where kids can climb and explore.

While you are still on the Northside, Luna Park has a dedicated area with rides for tiny tots. Their older brothers and sisters will also love letting loose on the other rides!

Back in the city, the Australian Museum is the place for kids to stomp and roar as they walk among the dinosaurs. Enjoy the interactive fun of the Kidspace mini-museum experience for under-fives. At the Museum of Contemporary Art, even the littlest visitors are catered for with guided Art Baby sessions for parents and carers with babies.

The lively waterfront precinct of Darling Harbour is always a hive of activity. There is regular free entertainment, events and dining.

The Children’s Playground at Darling Quarter should be your first stop. Here the kids can splash and paddle in the water play areas, clamber over climbing nets, swings, slides, and shoot across the flying fox. Then, savour a moment of calm in the Chinese Garden, where the kids can dress up in traditional costumes.

Explore the underwater world at SEA LIFE Sydney Aquarium. Sharks, dugongs, rays, tropical fish and penguins, are showcased in spectacular habitat displays and amazing underwater viewing tunnels.  Next door at Wild Life Sydney Zoo you can spot a croc, along with more than 100 native species. And across the Harbour, visit the Australian National Maritime Museum for interactive exhibits and a kids’ zone. You can also clamber on the restored tall ship, submarine and destroyer warship.

West of the city, Sydney Olympic Park is a one-stop entertainment and sporting hub for kids. Go for a Segway tour at Newington Armory, cycle the 35 kilometres of purpose-built pathway, get a little air at Monster Skatepark or cool off in the waterplay areas.

Iconic Bondi Beach is a must-see Sydney tourist attraction as famous for its lively atmosphere, fun attractions and great cafés as it is for its surf and sand. The promenade is always a hive of activity. You’ll also find great street art, the beachfront Bondi Skate Park and kid-friendly surf school, Lets Go Surfing. The school also runs at Maroubra Beach and far north at Byron Bay.

Take the Discover Bondi – Get Wet tour to see inside Australia’s oldest surf lifesaving club and meet a Bondi lifesaver. You can even brave the waves for a guided swim between the flags.

At Bondi Pavilion and the Marine Discovery Centre, head on a 30-minute virtual dive to meet the amazing marine life in Bondi Bay without getting wet. The Bondi to Bronte coastal walk is also a must-do. Keen walkers will easily make it as far as Coogee, where you’ll find a protected marine reserve that is excellent for snorkelling.

But don’t be afraid to veer a little off course. Bondi might be the most famous, but Sydney boasts many brilliant beaches up and down its coastline. Northern Beaches favourites include Dee Why and Palm Beach, where you can follow the footsteps of the characters from Home and Away and climb up to the lighthouse.

Want to escape the big smoke? Drive or jump on the train to Katoomba in the Blue Mountains for a day trip out bush. It is less than 2 hours’ drive from Sydney. Expect stunning views at the likes of Echo Point, home of the Three Sisters. Take the scenic railway down into rainforest and a cable car over the valley at Scenic World.

Take the ferry to Manly for a surfing lesson with Manly Surf School or head to Q Station for a chilling night time ghost tour of the spooky former Quarantine base.

Take to the sky for the wildest views of Sydney at Taronga Zoo’s high ropes adventure park, Wild Ropes. In Sydney’s west is Raging Waters Sydney, the biggest and best water theme park in Sydney and home to some of the world’s most thrilling waterslides.

The Central Coast makes for a perfect day trip with teens. It is only 1.5 hours north of Sydney by car, and a very scenic ride away by train. Erina Fair is one for shopping fans, and the Australian Reptile Park is a much-loved residence of numerous native animals. Bouddi National Park boasts stunning coastal walks and highly prized bush camping sites.

Sydney is a glorious destination for families all year round. The city lies in a temperate zone so while the climate can be variable, it is generally free from extremes. The warmest weather falls between December to February and the coolest from June to August when you will need to rug up, especially in the evenings and early mornings.

With its dazzling Harbour and excess of attractions, Sydney is a popular family destination all year around so you will need to book well ahead to secure the best accommodation for your crew. For pleasant weather, more affordable prices and smaller crowds, the shoulder seasons of March to May and September to November are ideal. If you are on a budget consider visiting during winter as you will find much better deals. It’s worth noting though that in late May and early June, the Vivid Festival sees the city bursting with visitors, so accommodation needs to be booked way in advance. New Year’s Eve, with the famous Sydney fireworks, is another very popular time of year. Expect big crowds in town.

Where to eat with kids in Sydney

Sydney is one of the world’s great cultural melting pots, with more than a third of its residents born overseas and more than 250 different languages spoken. This diversity shines through in an almost inexhaustible variety of food experiences that are accessible to kids.  Start with Chinatown for yum cha lunch at The Marigold in Haymarket and wander over the Pitt St to explore Thai Town and Korea Town. Jump on a train at Central to Cabramatta and take a walking food tour of the fabulous Vietnamese restaurants and takeaways. Take a bus to Leichhardt for some famous Italian.

Visit the Sydney Fish Markets for the freshest seafood, pack a picnic to enjoy one of Sydney’s beautiful parks or take a ferry across the Harbour for fish and chips on Manly Beach.

While there are plenty of places that offer kid friendly menus, a kid-friendly vibe can be harder to find.  The Grounds is café culture at its family friendly best. A sanctuary of sustainable locally roasted coffee, fresh organic food and friendly service in a heritage listed factory space, you’ll also find a pretty spacious courtyard with lemonade stalls, an animal farm and kids enclosed play area.

Best things to do for free in Sydney 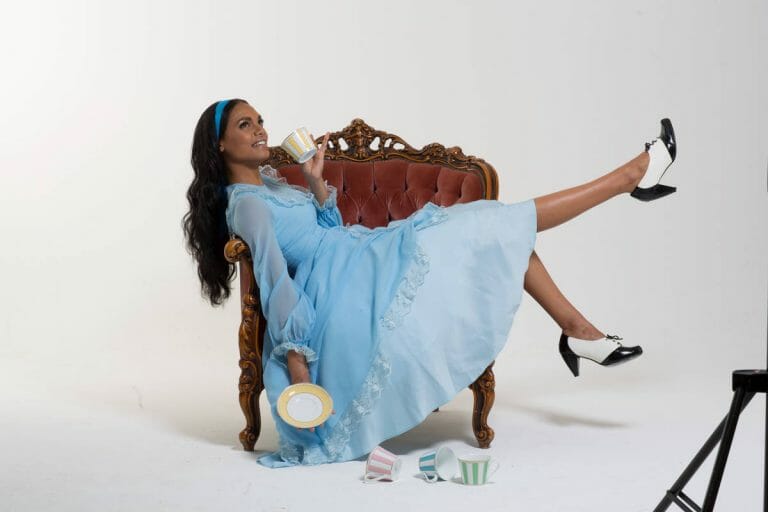 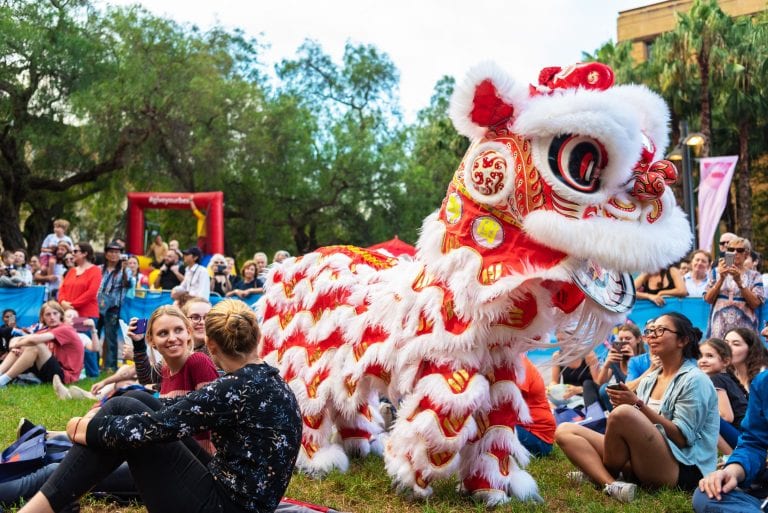 Celebrate the largest Lunar New Year celebration outside of Asia with markets, Dragon Boat Races, a Twilight Parade and fireworks. 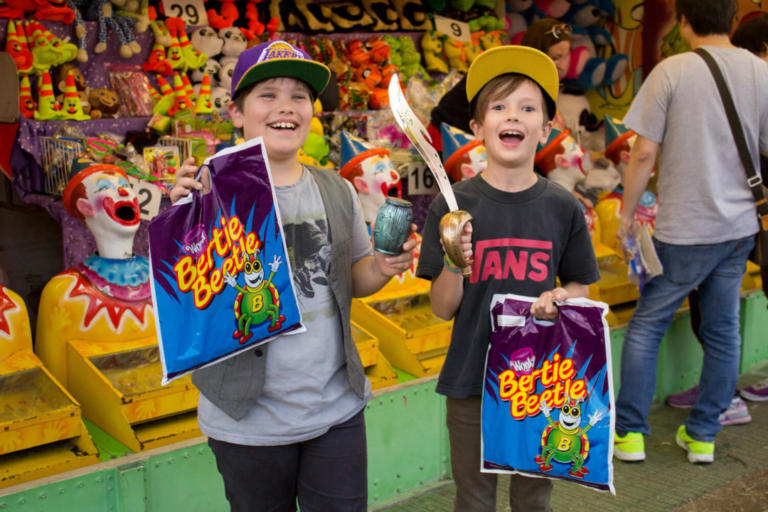 From animal shows and craft displays to stadium spectaculars and showbags, the kids will love Sydney’s biggest show. 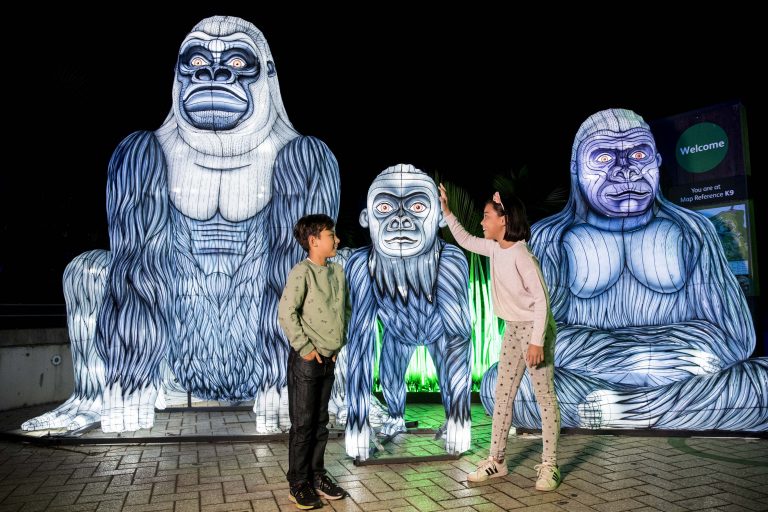 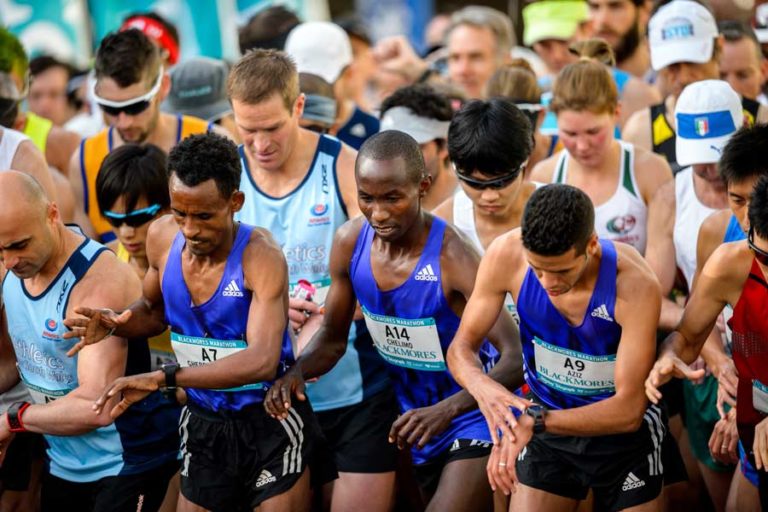 The City 2 Surf attracts thousands of fit families for the 14-kilometre run or walk from Hyde Park to Bondi Beach. 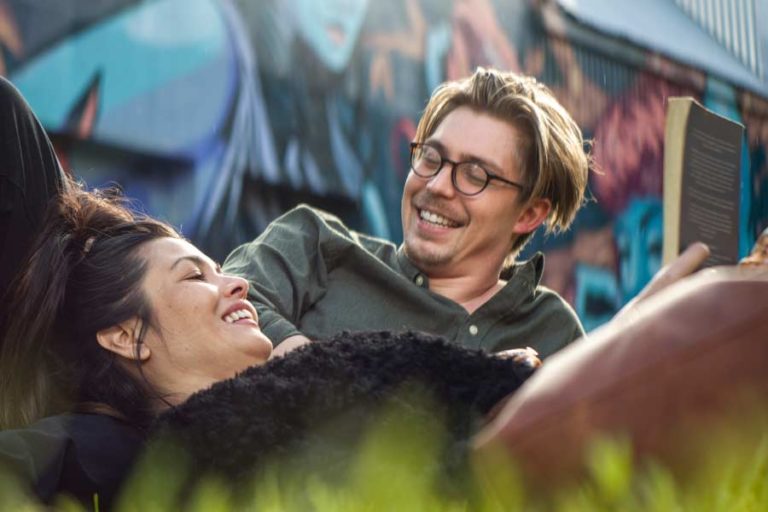 Get creative at this month-long festival celebration of art and performance.

Sydney Harbour’s New Year’s Eve fireworks spectacular is the best in the world and an unmissable delight for families.

Sydney’s BridgeClimb: All climbs $98 on 1st October 2019 as part of birthday celebrations

Everyone loves a 21st birthday celebration and Sydney’s BridgeClimb is no different. Since opening on 1 October 1998, the Bridge has had some of the biggest names in the world climb over it, including Prince Harry, Oprah, Hugh Jackman, Derek Zoolander and Will Smith. At 440 feet above sea level, climbing Sydney’s Harbour Bridge is

Finding an outing which spans the interests of three generations can be tough. But food is a wonderful connector and the arrival of the Claris High Tea at Sofitel Sydney Darling Harbour sees generations bonding over fine food and a little mouse named Claris.

Why Campbelltown Catholic Club is perfect for kids

Fancy a gourmet fish ‘n’ chips? Or a bungee bounce? Perhaps not in that order! Campbelltown Catholic Club has all you need for a kid-focused weekend.

Are you a family of Minecraft fans? Join the mob and head to the free Minecraft pop-up event in Campbell’s Cove this weekend.

A 2 day Sydney itinerary the whole family will enjoy

A staycation at the Coogee Crown Plaza, Sydney

What’s all the Wattamolla fuss about?